Suppose you need to put the screw in a plank of wood with a power screwdriver. Technically, you can hammer it in with brute force but why would you do so if you can use the tool as planned? The same goes for digital tools like SDKs. Knowing how to apply them right is important for getting the most value out of them. That’s why in this article, we will show you the most fitting ways to use Banuba AI Video Editor SDK. 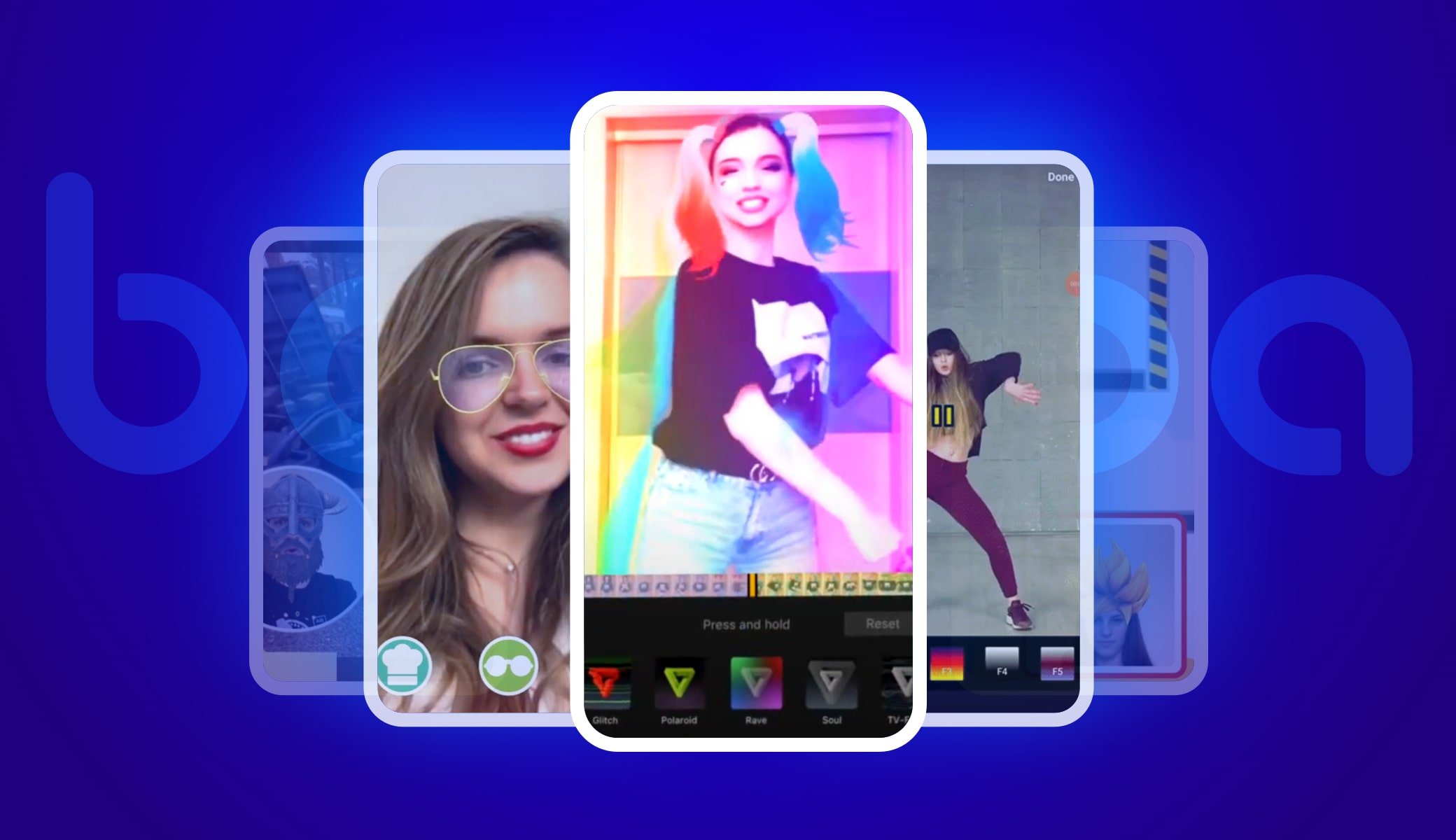 Let’s start with the things that Banuba AI Video Editor SDK has to offer.

Now that you know the possibilities, here’s how you can apply them best.

A “short video” is a clip up to 2 minutes 30 seconds long. Note that this isn’t a hard definition or even industry standard. Just something people agreed on.

Many other social media (Triller, Magisto, Roposo, etc.) use it as a main form of content. TikTok is currently the king with over a billion monthly active users (including the ones of its Chinese version Douyin).

However, it is either banned or under attack in a number of countries, including the USA, Japan, India, and Pakistan, not to mention many other controversies, its competitors have a chance to get their slice of the market.

Banuba AI Video Editor SDK lets users edit their clips, add filters and effects during the recording or in post-processing, and spice them up with text and gifs. The TikTok-like interface will make creating videos intuitive and easy. That’s a solid feature set that would improve your future short video app.

See the Chingari case study for a good example of this approach.

500 million people use stories every day. The platform itself has a bunch of effects for them but there are still third-party apps (Later, InShot, Mojo, etc.) to make and edit videos for stories.

There are two ways you can approach this.

The first one is to make a B2C app. Despite the power and resources of Facebook behind it and over a billion users on the platform, the variety of effects is lacking. Moreover, the face tracking on IG is somewhat slow. And this opens up opportunities for apps with better effects to make their impact.

The second one is a B2B app. 87% of marketers report positive ROI from videos and 74% intend to use more of them. And 58% of Instagram users became more interested in a brand after seeing it in the stories. This means you can make an app that businesses can use to promote themselves on IG and it will be in demand.

Oh, and if you are reading this and working for Instagram, don’t hesitate to hit us up. Pretty sure our SDK would be a fit for you.

By 2022, the total spending on mobile advertising is expected to surpass 240 billion dollars. By 2023 81% of all online ads in the USA would be mobile. This includes both B2B and B2C advertising.

Given that 85% of people want to see more audiovisual content from brands, you can create your own app targeting video marketers.

You can allow your users to be as personal as they want, help them make businesslike or informal videos, and let them present their products or services in a cool and effective way.

Augmented reality plays into the “discovery” learning approach, which teaches people by releasing endorphins whenever they gain new and interesting knowledge. It has even proven to be effective in teaching kids complex concepts like the scientific study methods.

With remote learning on the rise, a video editor SDK would be worth including in a mobile authoring tool, tailored to educational clips using the microlearning concept.

The bite-sized videos giving brief lessons or answering specific questions would be especially useful for kindergarten and school students. Filters turning a teacher into the favorite superhero or gifs showcasing scientific experiments could be just what the educators need to keep the attention of their learners.

According to Wyzowl (a video marketing company), videos helped the audience understand products and services better in 94% of the cases. And 43% of video marketers claimed that videos decreased the number of support calls their companies received.

This means they would benefit from an AR-enabled app for showcasing something in a clear and fun way.

Banuba AI Video Editor SDK could help you quickly release a mobile app where people can make brief presentations, product reviews, demonstrations, and unboxings with visual cues for clarity and tons of effects for better engagement.

The demand for video content in all its forms is on the rise. Given that short clips and augmented reality are a natural match, combining them on social media, in education, and in business is a smart choice. And Banuba AI Video Editor SDK would make releasing AR-enabled video apps much easier.