Everyone uses virtual backgrounds, from Hollywood studios to individual bloggers and independent film creators, not to mention people in online meetings. Now that the AR green screen technology is accessible to everyone, it is basically a must-have in any video editor. But as the market research shows, very few mobile applications have this capability because of its complexity. It is more common in the computer ones.

So what if you want to launch a mobile video editor that doesn’t need a green screen to record video and replace its background? Read on and learn how this technology works, what’s the difference between background replacement and green screen backgrounds, and how to save 50% of development time.

How do virtual backgrounds work?

Virtual green screen effect is based on background segmentation algorithms. Simply speaking, they separate each frame into a static/mostly static background and moving foreground, and then replace the background with pictures, animated gifs, videos, etc. There are many approaches to this task (running Gaussian average, temporal median filter, mixture of Gaussians, etc.) but all of them essentially analyze the image pixel-by-pixel.

Despite the advanced state of modern virtual background algorithms, there are still differences between the specific implementations. For example, some of them have higher chances of recognizing shadows as foreground objects or returning false positives/negatives, messing up the processed image. Not to mention the difference in precision, battery usage, CPU/GPU load, and other technical factors.

This technology is different from simple chroma key (green screen) recording, as it doesn’t require an actual screen to work – a major advantage. However, it is also more complex. It requires neural networks and deep learning specialists to train them, not to mention the knowledge of how to properly record videos and process them.

Let’s take a look at some apps that allow users to record video with virtual background. Some of these allow real-time filming and replacement, while others only have the post-production background replacement option. Most mobile editors don’t have such a feature at all, e.g. Filmora suggests using its Windows app instead. Others only have a blue/green screen option.

Hippo Video has a mobile app and a Chrome extension. On mobile devices it lets people create videos and replace the background immediately after the recording is done. It also allows taking a recorded video and add a virtual background in post-production. 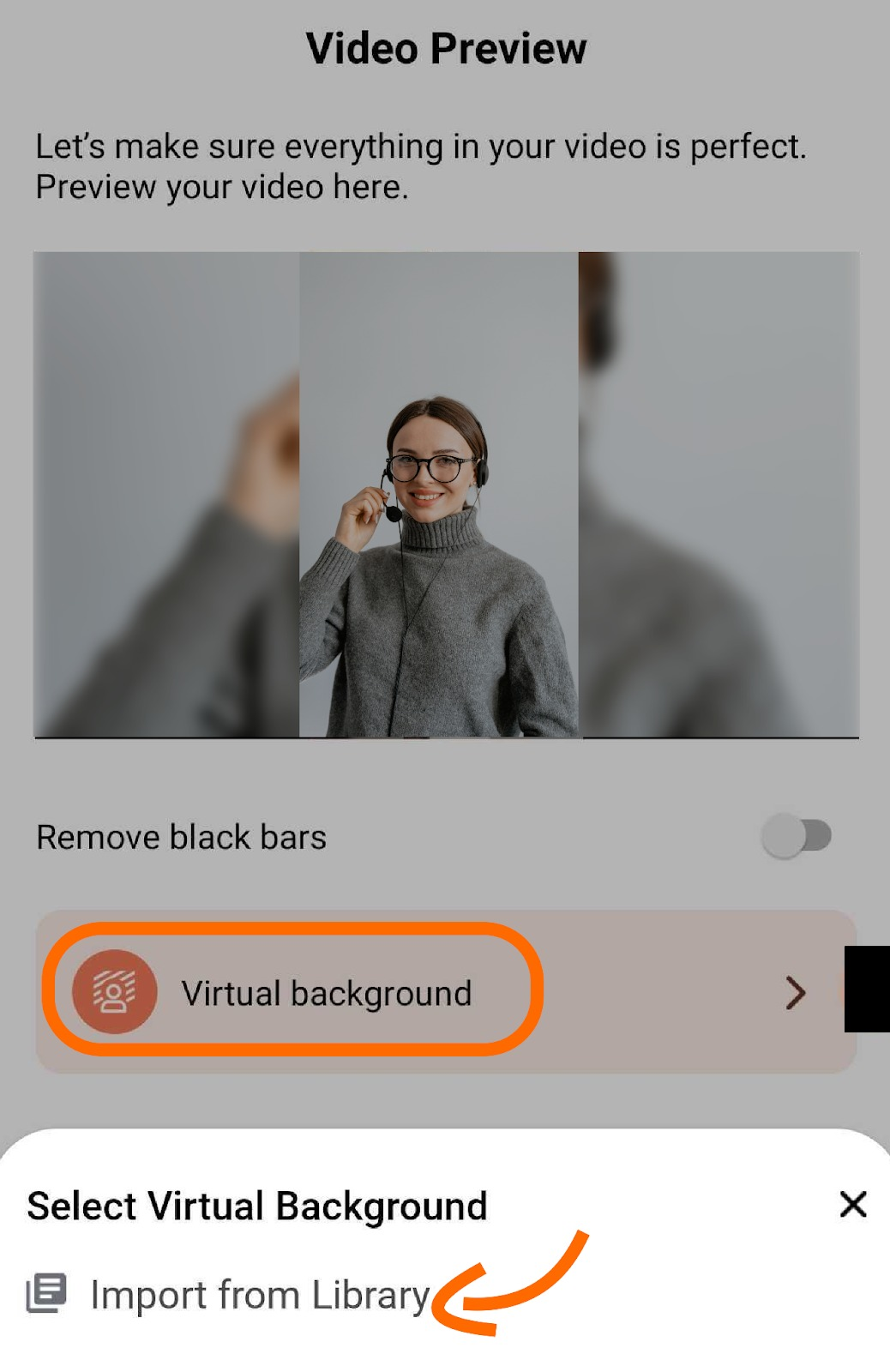 Covideo allows real-time video recording with either a premade or custom background image, no physical green screen is required. This works for both their iOS and Android mobile apps, as well as for webcam recording (web version). 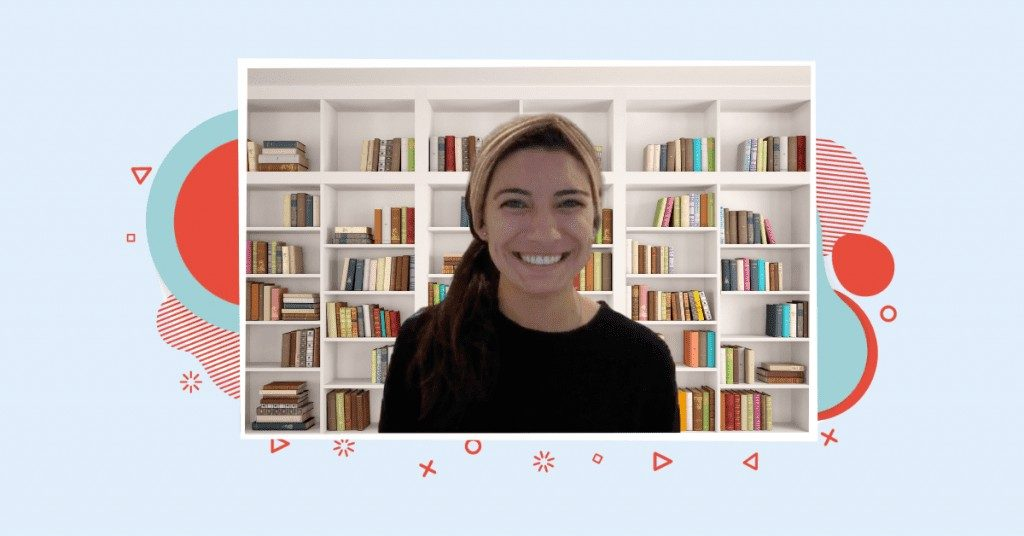 Virtual Stage Camera is made by Roland, a company famous for its synthesizers and other musical equipment. It works in real time and allows video recordings of up to 30 seconds long (unless you purchase a paid version). 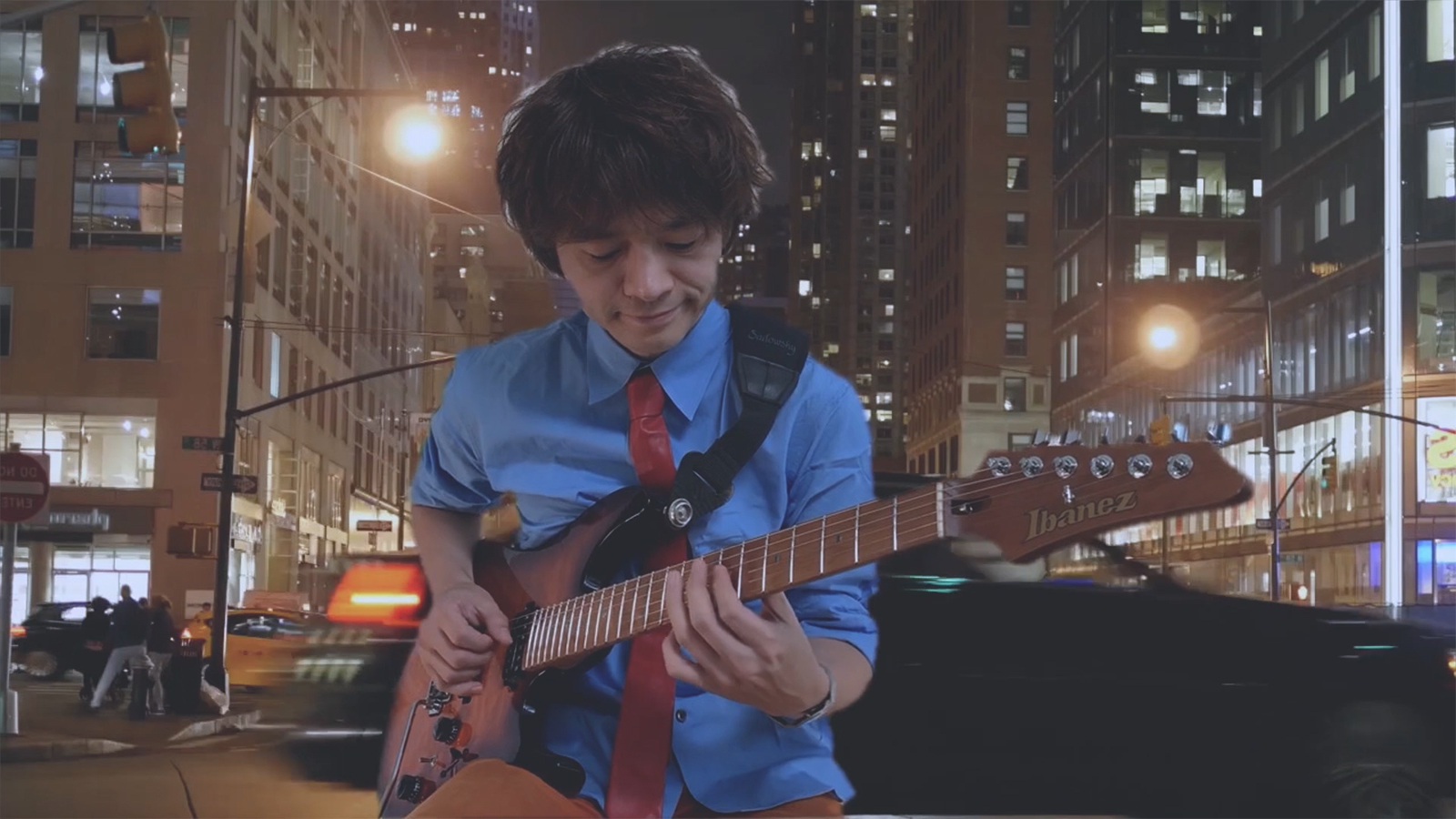 Virtual stage camera has a paid version that costs $8.99 and gives access to advanced features and longer recording time.

Making Your Own App With Virtual Backgrounds

So there is a noticeable absence of apps that let you record video with virtual background. Where do you start on making your own? There are two ways to go about it: developing an entire system from the ground up or integrating premade SDKs/APIs to implement key features.

Option 1. Making everything from scratch

This is a straightforward approach. Hire an in-house team or a software development company, explain what you want, get to work, release the app.

This is what this option has going for it:

However, there are also disadvantages:

Typically, this is a viable route for companies that either already have an in-house development team and/or expertise in computer vision and video processing. They also need to have a rather large budget, as making an app record video with virtual background isn’t cheap: a single computer vision specialist can command a salary of over $100,000/year.

An SDK is a premade module that can perform certain functions (replace a green screen, insert virtual backgrounds, record videos, add music, etc.) and is designed to be quickly integrated into a market-ready project or one still in development.

An API in this context is a similar product that is more customizable at the cost of having fewer features.

These are the advantages of using an SDK/API:

However, there are also drawbacks:

How To Add a Virtual Background Feature to Your App

In this section we will show you how to make your app record video with virtual background in a few simple steps. With this, you will also be able to process existing videos, start recording them from the app, and add various effects to your recordings.

This is what you’ll need:

Note that both SDKs are needed to use background replacement in video editor. Combined, they will take 80.5 MBs of space on Android and 42 MBs on iOS.

To get the releases, just send us a message through a contact form.

The step-by-step instruction and code samples can be found on our GitHub page. There you will also see the list of dependencies, technical details, customization options, etc. We also have an FAQ, that will answer any questions you may have.

To get virtual background feature on Android, go to the relevant GitHub page. As with iOS, there are also dependencies, supported media formats, recording quality parameters, and customization options. And this is the FAQ for Android.

Banuba Video Editor SDK supports Flutter and React Native. Click the framework you are interested in to see the guide.

Why Virtual Backgrounds from Banuba

Banuba is a market leader in background segmentation technology and augmented reality in general. This is why you should select its SDK for your project:

Professional backgrounds are not just for remote work. With the proliferation of modern technology, anyone can start recording videos with a custom background image and without a physical green screen for it. Adding this feature can be done in two ways: by using a premade SDK (cheaper in the short term and faster) or by writing it all from scratch (more expensive and more flexible).