Snapchat revolutionized the camera app market by focusing on visual user-generated content. Today, it is one of the most popular social media apps, along with TikTok and Instagram. Mostly popular among younger generations, Snapchat has become a real cultural phenomenon. If you are thinking of developing a camera app to engage with the most active audiences out there, you should definitely take advantage of what has already been implemented in Snapchat. 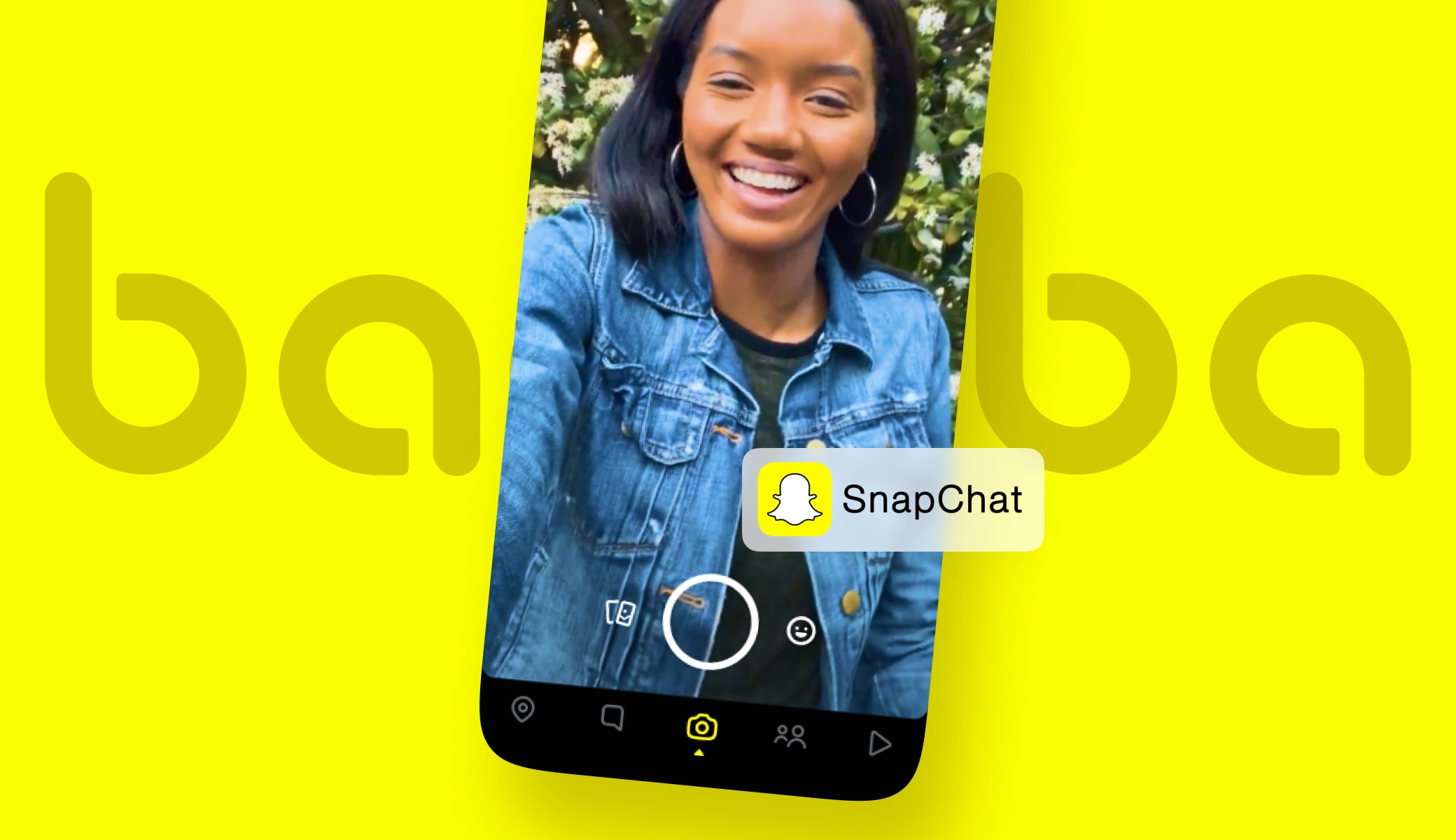 Snapchat originated in 2011 as a social media app that enabled a feature of disappearing content — whatever users generated only remained available for 24 hours. Eventually, this led to the emergence and growing popularity of “snaps” (photo and video stories) that were generated by users and shared across the Snapchat community. As a result, the app’s focus on user-generated content facilitated all kinds of interactions and self-expression with embedded AR filters and multimedia editing tools.

Camera apps significantly increase user engagement. The content is user-centered, as it is mostly created by users themselves and shared within the Snapchat community who then interact with these posts. In addition, the content never grows old, because each post only lives for 24 hours. This stimulates others to engage with the community more before the content disappears, which means paying more attention to the daily stories.

Snapchat-like apps use AR for monetization and they appeal to GenZ. These are the most active buyers online, with the potential spending power of $143 billion and growing.

Such apps are a great place for brands and influencers to attract younger audiences through interactive ads, location-based advertising activities, gamified experiences, competitions and more.

The user-generated content (UGC) approach allows increasing audiences without additional spending on the app promotion. Users will share their stories across the Web themselves, thus spreading information about your Snapchat clone app.

Such apps are highly viral due to AR lenses and filters that offer multiple ways of creative expression for their audiences. In addition, AR ads are a great source of app revenue. It is expected that Snapchat will generate $15 billion in revenue by 2022 from AR ads alone.

Make your app intuitive and user-friendly

Snapchat has set a standard in smartphone camera capabilities with their AR lenses that can be applied to live video streams. Those who have tried it once now expect a similar experience elsewhere. By adding Snapchat features to your camera app, you will significantly reduce the app adoption barriers by making it intuitive and accessible for wider audiences.

How to approach Snapchat-like app development

Snapchat is a complex app that has been steadily developing for years, which means launching a clone will be time-consuming and cost hundreds of thousands of dollars. In addition, while Snapchat is very popular, it still has its downsides. The app has been widely criticized for its content and security concerns, especially for underaged users.

One of the problems is that while content automatically disappears, it does not prevent others from taking screenshots and spreading user pictures beyond Snapchat. Furthermore, the Snap Map feature has been criticized for stalking, lurking and other dangerous activities.

Another problem is abusive ads created by third parties, such as the one that modeled a “Would You Rather?” game suggesting to choose between “slap Rihanna” and “punch Chris Brown.” Snapchat has also been criticized for racist filters, “sexting” and other problems related to violence, inappropriate content and privacy.

That said, when developing a Snapchat-like app, you should consider the following steps.

Understand the most common pitfalls of the app, such as privacy protection, and make sure your app does not become a platform where abuse, violence and racism could flourish.

Understand your audience well enough to develop a unique selling proposition (USP). Basically, this means asking such questions as, “Who is it designed for?” or, “What do you expect people to do with your app?” Knowing these basics will help you distinguish yourself from the competitors and develop a clear selling point to attract users.

3. Pick the best Snapchat features for your app

Define a set of features that make Snapchat successful, such as AR lenses, location-based filters for user stories, disappearing content and so on.

4. Get the development tools that fit your purpose

Select the right AR SDK for your Snapchat clone app development which saves your time and efforts letting you get the needed features quickly. You can also consider existing open-source alternatives like OpenCV or reuse existing code fragments shared by the developer community but be ready to face many pitfalls with them.

Let’s now review some of the key Snapchat features and the ways they can be cloned into your app.

The app has multiple features. While some of them go, like the “speed filter”, which was criticized for encouraging reckless driving, others, like voice and video calls, remain. However, there are core features that are native to Snapchat and are adopted by other apps to boost user engagement. Let’s take a closer look.

This is the main feature that made Snapchat so popular. Lenses allow changing appearance while taking a photo or when making a video. The feature is enabled with a combination of AI and machine learning and is a perfect user engagement driver.

This might sound banal, but Snapchat wouldn’t have become Snapchat without this feature. Combined with AR lenses and filters, users can record everything they wish, edit it with embedded creative tools and share it with others when the content is ready.

Filters are design overlays that can be added on top of snaps. These are different from lenses and can add color effects, show venue info, feature Bitmojis created by users and more. Combined with lenses, filters are a great way for enabling user self-expression and engagement with the app.

This feature automatically offers a collection of filters related to the current user location. Think of a filter with the Eiffel Tower that users apply to their background, or adding a branded filter to promote a concert that happens nearby.

Staying connected is important, and why Snapchat has this functionality. On top of that, users can apply all the filters and lenses to their video calls.

Similarly, text chat is an important feature, as it allows people to exchange messages without leaving the app, which increases the chances your users will stick with the app longer.

Snapchat SDK: does it offer one?

Snapchat has its own SDK (Snap Kit), and it might be logical simply to use the existing native development tools to create your Snapchat clone. However, Snapchat does not provide its SDK for third-party app developers. The only exclusion is the Snap camera that you can connect to a video conference to use some of the Snapchat features. Nevertheless, this is still a completely proprietary functionality that does not allow developers to access the source code to rewrite or modify it.

As a result, by using Snap Kit you can only create and modify content as long as it is linked to Snapchat. This means that when looking to clone top Snapchat features and apply them to your app, you will have to consider alternative software development tools. Luckily, there are some options on the market.

Tools and libraries to build an app like Snapchat

There are multiple guides on the Web that provide you with some guidance on developing Snapchat-like features for your apps. However, quality face tracking and AR lenses are based on sophisticated technology, which requires significant investments and time. Thus, a ready-to-use SDK for cloning top Snapchat features is the most optimal choice.

Our Face Filter SDK toolkit enables adding top Snapchat camera features and effects, like 3D masks and lenses, to any app that is built with iOS, Android, React Native, Flutter or Windows.  It has an enhanced face tracker and works for multiple scenarios and cases. In contrast with the Snap SDK, you’ll get the freedom to use them in your app the way you want. You can also access the native content library with its ready-to-use AR filters, significantly saving time on product integration and launch.

OpenCV (Open Source Computer Vision Library) provides you with a set of ready-to-use features and modules. This gives you access to the open-source computer vision library for creating basic AR content, such as masks and filters. This toolkit mostly focuses on image processing, video capture and analysis, including face and object detection. While OpenCV is a good way to start, it is best suited for building simple AR applications and MVPs that do not go beyond basic functionality.

If you would still like to try and clone a Snapchat app by yourself, here are some useful links to start with: