On the surface, Banuba SDK and OpenCV might seem almost the same in the functions they perform. In practice, however, they are more differences than similarities. In this article, we will show what Face AR SDK and OpenCV can do for your AR-powered project, what are the major distinctions between them, and how to choose one or the other. 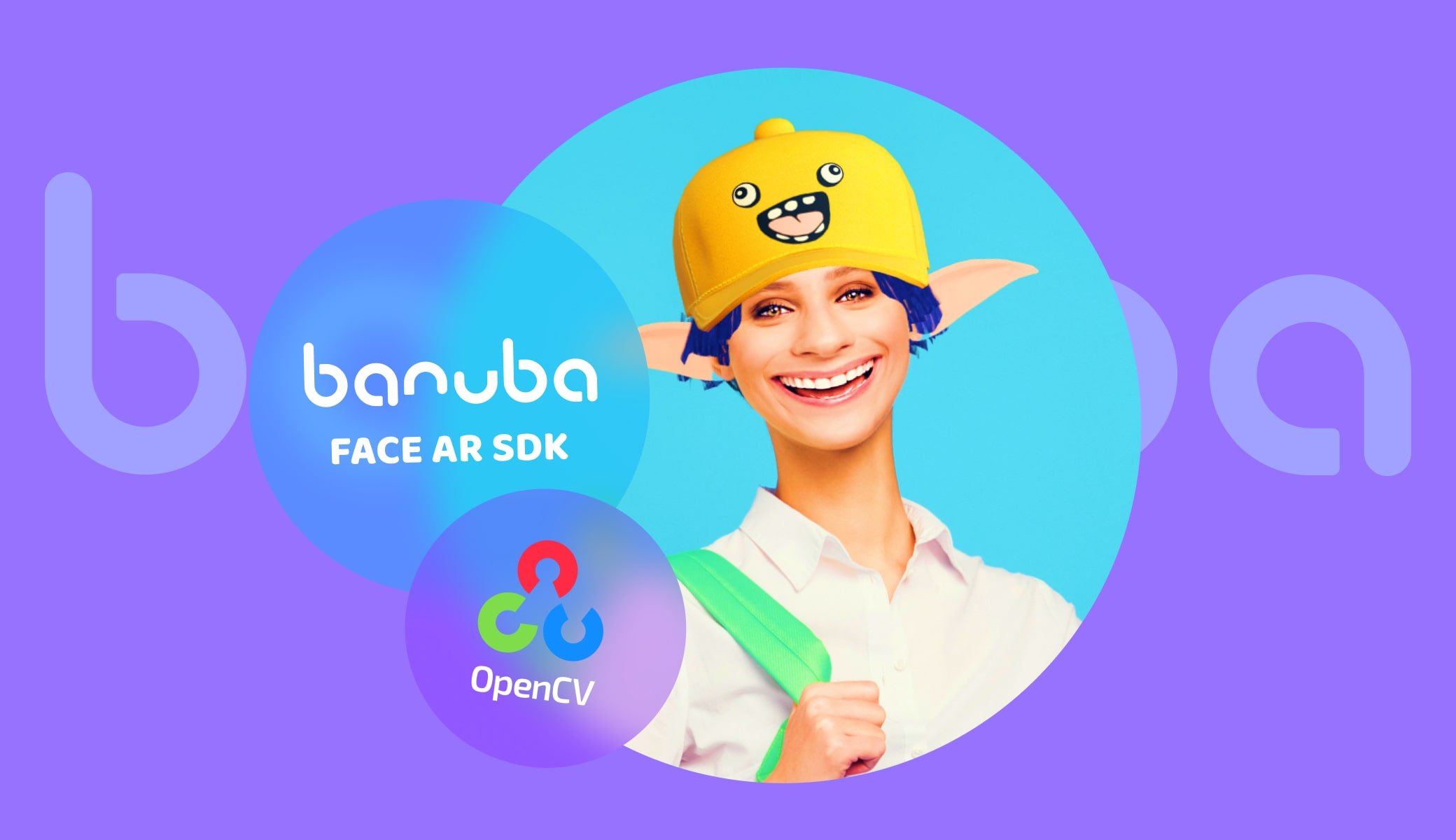 OpenCV is a free open-source computer vision (CV) library, hence the name. It is designed to serve as a foundation for various image recognition projects, from interactive art to self-driving cars and intrusion alert systems.

OpenCV contains machine learning algorithms that can be used for perceiving static and moving objects. It can be freely modified and used in commercial and non-commercial settings. Some of the most prominent adopters of this library include Google, Honda, Intel, IBM, and Microsoft. Moreover, OpenCV keeps getting improved and expanded by the developer community around it.

Speaking about face detection, OpenCV provides a solid foundation for it, as face detection is a subset of object detection (the main use case for this library).

What is Banuba Face AR SDK

Banuba Face AR SDK is a software development kit - a premade module that can be easily integrated into an app at any stage of development. In fact, it uses OpenCV as well.

The SDK focuses on augmented reality effects that affect faces. This is what it can do:

Face detection is a process of locating human faces in videos and still images. This is the first step in many applications, like face recognition (locating a face and attributing it to a specific person), face AR (placing augmented reality effects over a face), virtual makeup, etc.

It is a low-level process, invisible to regular users. But to the image processing as a whole it is crucial.

OpenCV face detection is very widespread because the library is free and open-source. However, it is far from perfect.

Now, let’s dive into the details of how Banuba Face AR SDK differs from OpenCV.

Open CV can be used as a core of a computer vision application. It has the basic capabilities to perform certain tasks (e.g. object detection or background subtraction). However, it needs further modifications to do this.

Banuba Face AR SDK, on the other hand, is a finished product with a feature set that already works. No additional changes are needed for it to separate the users from the background or add virtual sunglasses to a person’s face.

This issue is actually deeper than it sounds. Take background segmentation, for example. Separating the person from a background already takes quite a bit of work to succeed. 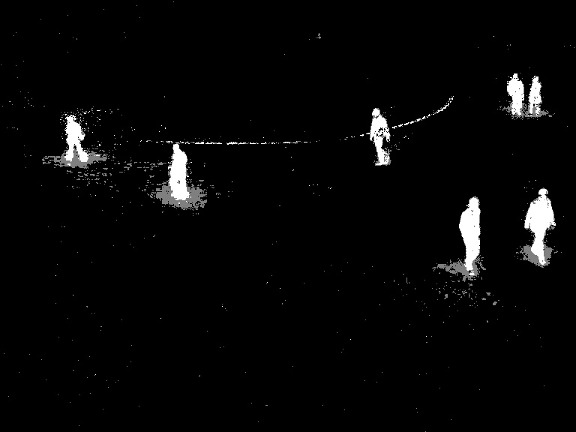 The output of the background separation algorithm from OpenCV

Replacing said background is a totally different task that requires additional work. Moreover, while static or blurred backgrounds are relatively straightforward to make, replacing them with a video or making the image move according to the phone’s gyroscope data is much more complicated.

Same goes for face detection with OpenCV. The library will be able to perform this function, however, the accuracy will not be on par with a finished solution, just as a foundation doesn't make the entire house.

Finally, there is an issue with different image sizes and alignments. To support both vertical and horizontal video feeds, as well as different image scales, you need to adapt OpenCV to it.

Banuba Face AR SDK can do everything mentioned above out-of-the-box, with no extra effort required.

OpenCV uses the same code to control the camera on iOS, Android, and Web. While it works, it also provides worse image quality and fewer frames per second than platform-specific solutions.

In addition, this library is written in C++. While it makes OpenCV fast, it also means your developers would have to write additional code for each platform to make it convenient to work with. In this case, “convenience” equals scalability and decreased time-to-market.

OpenCV is built around classical algorithms that have existed since the dawn of programming. There are over 2500 of them, allowing object recognition, 3D model extraction, image stitching, and many other actions. This diversity is largely responsible for the Open CV’s popularity.

Banuba SDK, on the other hand, utilizes trained neural networks, specific to each platform. They are trained on a dataset of over 200,000 photos. They are taken with high- and low-end cameras under good and bad lighting conditions and include pictures of men and women of all skin colors. This ensures reliable and stable facial recognition in all head positions and for all people.

Neural networks, being a more modern approach, allow for better quality and precision (e.g. in the case of background subtraction).

While OpenCV can be helpful in many cases, it is still incapable of doing certain things, at least without in-depth customization. For example, this library only recognizes a few points on a person’s face, which isn’t enough for the precise placing of AR masks or other effects. Neither can it create 3D avatars.

Banuba Face AR SDK is purposefully built for various face-related and AR-powered features. The neural networks in it track faces in different positions and place the masks (or virtual items to be tried on) accurately.

This is a short but important distinction. OpenCV is free and open-source. Anyone can download it and use it in their projects.

Banuba SDK is paid software and its code isn’t shared.

In practice, this means that if you have a bit of technical know-how and an interest in face detection, OpenCV can be available to you right away. Banuba SDK, like other commercial products, require a budget.

When to choose which

Given the differences between OpenCV and Banuba Face AR SDK, there are clear guidelines about when you should opt for one or the other.

OpenCV best fits a developing project where you want to create all the computer vision functionality from scratch. This makes sense if you want to keep the technological know-how in-house and have time, experts, and budget to do so. Despite the library itself being free, the work of programmers with knowledge of neural networks, augmented reality, and machine learning doesn’t come cheap. It also fits niche projects, e.g. self-driving cars or security systems.

Banuba Face AR SDK can fit both projects in development and ones that have already been released. It focuses around face recognition and the related effects. The most common use cases for it are the following:

As it can be quickly integrated, using Banuba Face AR SDK is a great way to decrease the time-to-market. 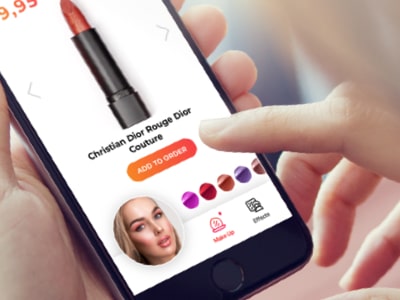 OpenCV and Banuba Face AR SDK have more differences than similarities. The former is free, more general-purpose, uses algorithms, and is better suited as a foundation for computer vision applications. The latter is a finished product, tailored for anything face-related and thus able to provide high quality and precise effects.

OpenCV face detection is popular because is serves as a basis for more advanced and accurate features. But it doesn't provide the level of quality that is required for commercial use unless customized.

Should you want to try a feature-rich and precise AR solution, go ahead and send us a message: you can test it for free for 14 days!