The massive success of Pokemon Go brought augmented reality into spotlight. Even though no one was able to replicate this achievement, AR filter games continued to thrive, occupying new niches and gaining users. Besides being entertaining, they are also a useful tool for brands, helping them raise awareness and promote their products and services. In this article, we will explain how AR games are made, show the typical mechanics used in them, and include a few relevant success stories. 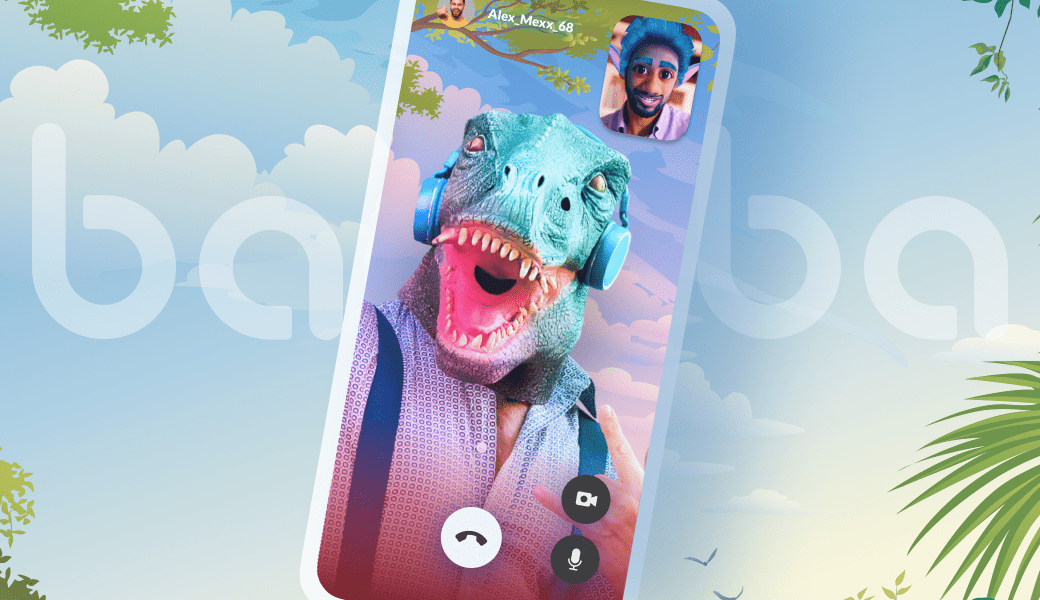 There are certain features that are rather popular in many games despite genre differences.

Social platforms were the first to embrace this trend, and an AR filter can be equally useful in a short video and a game. This isn’t something extraordinary – just your regular 3D effect placed over a person’s face. Yet it is also the most popular. Look no further than Instagram for that.

Triggers are effects that are activated when a specific condition is met. It can be a certain facial expression or a gesture, for example. It is also entirely possible to make fully contactless games, ones that people can play without actually touching their phones or other devices.

The most prominent examples are “what are you” filters that tell people which celebrities or pokemon the users are. They are easy to make and can collect hundreds of millions of impressions. More complex versions are entirely feasible as well.

This can include two similar features. One of them is a 3D character whose movements mimic that of the person behind it. The other is taking a selfie of the user and placing it over the head of the in-game character to customize it. VTubers use some of the most advanced versions of these mechanics.

Creating volumetric virtual objects, placing them in the environment, and letting users interact with them. This can be anything from catching pokemon to exploring, bashing pinatas, and petting AR animals.

So why are AR games so popular?

Even though augmented reality is something people are getting accustomed to, there is still a feeling of something new when playing a game that makes you into a character or that introduces some interesting mechanic. The product doesn’t have to be technologically complex, after all even Niantic, the developers of Pokemon Go, couldn’t repeat their success with Harry Potter: Wizards unite. But Gibberish (a guessing game) got 4 million impressions overnight.

Augmented reality games thrive on platforms like Facebook, Instagram, and TikTok. In part, because they allow easy sharing of the results and inviting friends. About 48 million people in the USA alone use AR on social media daily.Standalone games usually include similar functionality: either posting to the users’ accounts, or streaming on YouTube and Twitch.

Certain AR experiences are made to promote a product or service. Games like Jumanji, M&Ms Pinatar, Kinder’s Jump Into Africa, and others are example of making your brand memorable, and fun, as users enjoy interactive experiences more than passive ones.

Examples of recent AR games that made it big.

Clash of Streamers is the top-grossing and the most popular blockchain-powered game in the world. It combines the autobattle mechanics with Pokemon Go-like monster catching, AR avatars and filters, YouTube streaming, match-three and other mechanics for an unforgettable experience.

The game uses the players’ selfies to customize their in-game characters as shown on the picture above. These characters can be collected, turned into NFTs, and then sold on the market. The average price for them is around $7000 in Ethereum.

The game got over 4 million installs and has more than 100.000 monthly active players. Read more about it in the case study.

Guess the Gibberish is a quintessential Instagram AR game: it seems silly until you look at its stats. Created by Christopher Gu, back then a university senior, it lets people guess popular phrases from their scrambled versions.

It was designed to be used with Instagram stories and it exploded overnight, gaining 500 million uses and 30 million shares. This was due, in part, to clever influencer marketing, but also to the simplicity and the viral potential of the game.

ExploreJumanji was a web-based game made to promote the movie Jumanji: the Next Level. It combined augmented reality with speech recognition to let fans virtually visit prominent locations from the film.

Rather than being just a game, this project was an ad first and foremost, and should be judged as one. Given that the movie ended up grossing over 800 million dollars, it succeeded.

This was a simple but exciting game that let kids fight crime on the streets of Gotham. It contained 10 missions and 10 mini-games, as well as a bunch of stickers and face filters to use on social media.

How to Add AR Filters To Your Game

Adding augmented reality filters to your app is a great way to make sure that the users won’t forget it.

There are two main components to it: effect support and the effects themselves. If you want to create Instagram filters or Snapchat lenses, for example, the support is already there, you just need to make content.

In the case of popular platforms, the process is straightforward.

Publishing and monitoring the statistics are also simple, as there are integrated tools for that.

But what if you want to make a standalone game?

The best way to add face filter functionality would be using an AR software development kit (SDK), a premade module that can immediately do everything you need. Banuba SDK, for example, already has 3D and 2D filters, as well as virtual backgrounds, avatars, and other AR effects.

This is how you can install in in a Unity-based project.

1. Get a trial token

This part is the easiest. Just send us a message through a contact form.

Run Unity Hub and add the BanubaSDK Unity project which comes with the SDK Archive. Then in the “project files” tree find and open the SampleScene.unity under Assets -> BanubaFaceAR -> BaseAssets -> Scenes. Now you should see a sample scene active in the Unity Scene section.

To select mask enable checkbox in the Inspector for the required object. You can find masks in the Hierarchy window under Effects -> FacesController -> Face0 -> FaceMesh.

Once you’re done, click the "Play" button in Unity to check how the SampleScene works on the desktop.

See a more detailed documentation in the instruction manual. And if you want to create custom game filters, try out the Banuba Web Studio.

AR game filters add virality, novelty, and branding opportunities to the games. They are very popular, with the most successful ones gaining hundreds of millions of users. This is evidenced by games like Clash of Streamers and Guess the Gibberish. Companies can create such games to promote their products as well.

Creating unique game filters is straightforward both on established platforms and in standalone apps. This is made extra easy by using an AR SDK like the one from Banuba.