TikTok, the most popular app for making short videos, had its fair share of controversies. Between being banned in India and Pakistan, and having issues with regulatory organs in the USA and several other countries, it struggles to maintain its public image. This situation has given rise to a number of competing apps, trying to capitalize on the shift in the market. In this article, we will explain the success factors of TikTok, show how it earns money, and how much would it cost to build a competing app. 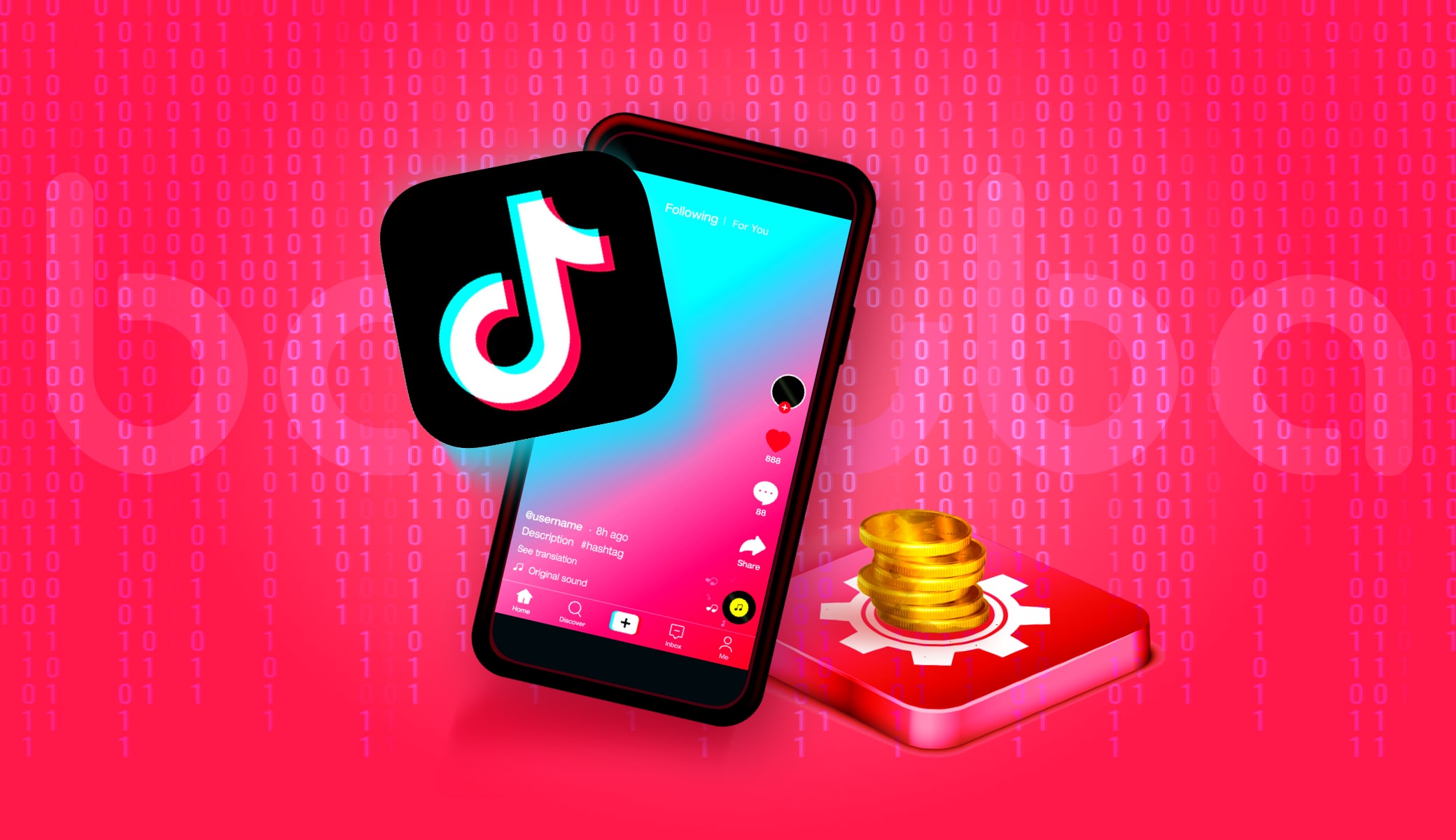 TikTok is a powerhouse of an app. It has about 700 million active monthly users (MAU) and is turning a massive profit, expecting to reach USD 6 billion in revenue in 2021.

The USA is the country with the highest number of people using TikTok, counting from almost 66 million to 100 million (by different estimates) of them. Indonesia and Russia follow, with 22.2 and 16.4 million users respectively. 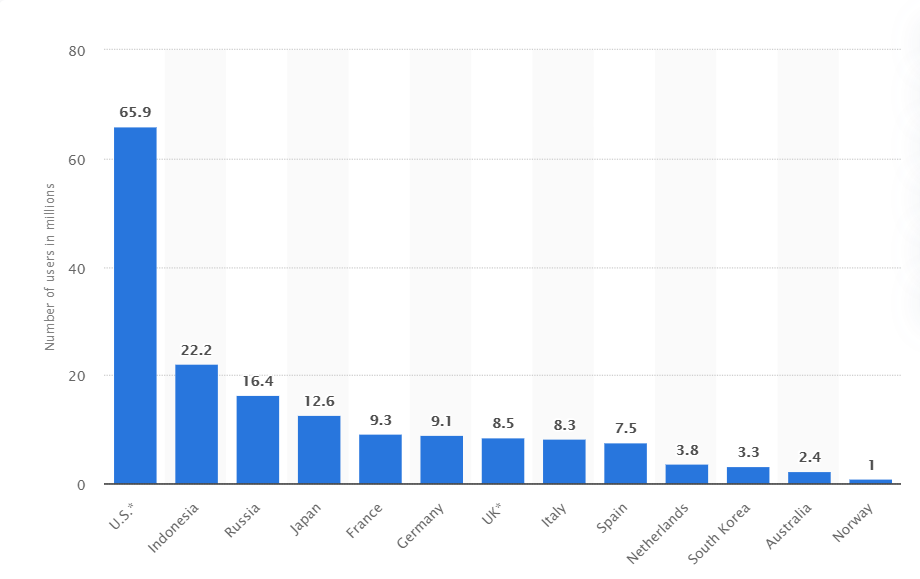 The app is extremely popular with teenagers and young adults. 62% of its US userbase are people aged 29 and younger.

TikTok also has a twin app Douyin, which is essentially the same but targets the Chinese market only. Both of them belong to ByteDance, a company of Zhang Yiming, the 13th richest man in China.

It wasn’t the first to use the short video app format, nor is it the only one. Before TikTok broke through, there was Vine, which used essentially the same business model. Likee, Chingari, Byte, and Triller focus on short videos too, while Instagram and Snapchat also allow such content.

So why has TikTok become so popular?

Facebook, Netflix, and many other media platforms use algorithms to recommend to users the content that they might like. TikTok, on the other hand, uses an AI that gauges user preferences and makes decisions for the person.

Firstly, this plays into the preferences of its target audience which likes to just relax and consume content. Secondly, this allows discovering something entirely new, that the user never thought they would enjoy.

Feel free to check out our guide to AI video editing to learn more about how these technologies work together.

The appeal of short video content is the ease with which it is made. TikTok makes the process as simple and streamlined as possible. Anyone can quickly understand all its features and start creating and uploading their own videos.

The platform itself gives the users ideas for new content in the forms of hashtags, challenges, and memes.

It doesn’t even have a tutorial: a new user is instead shown the video feed, which can engage them to watch and start creating later.

TikTok has a straightforward process of how a user can make money on the app. Once a person has 1000 followers, they can host live streaming sessions and get donations from their viewers in the form of in-app currency. Once a user earns 100 USD worth of it, they can exchange it for actual money.

There are other ways to earn this currency, e.g. referral programs, sponsorships, and winning the challenges. 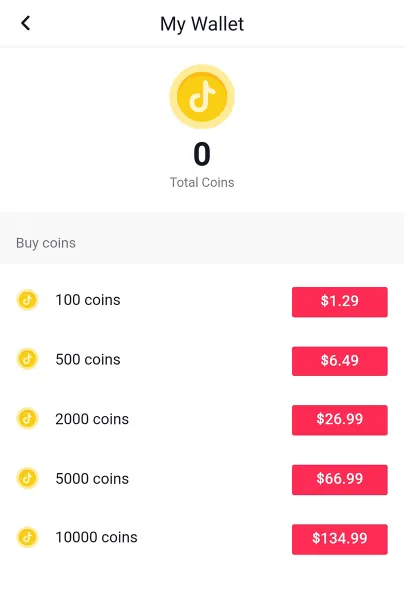 The developers actively attract celebrities and influencers to bring clout and popularity to TikTok. Kris Jenner, Charlie Puth, Paris Hilton, and others are encouraged to create content and drive users to the app.

The videos made on TikTok can be uploaded to other social networks as well, for example, as Instagram stories. People seeing these stories are attracted to TikTok, at least to check it out, and many end up staying on the platform.

This app is free for users, which means the users themselves are the product that TikTok sells. So this is how the app is monetized:

Given the huge number of people on the platform, the most straightforward way to earn money with them is to show ads. TikTok offers several types of them: in-feed, brand takeover, and branded challenges.

In-feed ads are shown as ordinary videos in the user feeds. Brand takeover ads appear right after someone opens the app. And branded challenges are special hashtags that motivate users to do something favoring the brand (e.g. the #boorito challenge from Chipotle, giving discounts to the customers who make orders in Halloween-themed outfits).

In a previous section, we mentioned the in-app currency that people on the platform can buy and reward the creators with. Here’s how it works:

The app has been live for 4 years and has expanded its functionality well beyond that of an initial release. Trying to launch your own competing short video app with all the features would take an obscene amount of time and money. So in this section, we will focus on the minimum viable product (MVP) functionality - enough to bring value to the user and distinguish your product from the competition.

We estimated the number of man-hours it takes to make each of the following features. The reason for this is that the rates of the developers could differ greatly. For example, an hour of work of the programmer in a custom software company in Belarus would cost much less than that of his counterpart in Silicon Valley. See the “Development Strategy” section in our article on how to develop a video editor for details.

Moreover, not all the work is priced equally. Manual quality assurance engineers usually have lower rates than developers. And among those, the more experienced a specialist is, the higher his time costs.

All the numbers include not just the development time, but also the design, quality assurance, and project management. In addition, this is a ballpark estimate, intended to give you an idea of how much time and effort it would take to launch something on that scale.

Some features (e.g. registration) are described briefly while their estimate seems overinflated. This is done because of many minute details that take too much time to write out and tend to consume a lot of development time as well.

We assumed the use of the native technologies (Java/Kotlin for Android and Swift for iOS) when we made our estimate. However, an app like TikTok can also be built with a hybrid framework like React Native. In this case, you can expect the development time to be 30% shorter.

To make an MVP version of an app like TikTok, you’ll need the following specialists:

This will cover all the activities you need.

These are the preparatory activities and the foundation for the rest of the app.

These are the functions that have something to do with processing the footage.

Everything related to the clips shown to the user, according to their personal preferences.

The augmented reality effects that could be added in real-time or in post-processing.

This is a side note that would show you how to save a ton of time and money if you want to make an app like TikTok.

Building video editing features and AR filters (especially the latter) is a monumental task if you do it from scratch. You’ll need to either hire specialists with the knowledge of augmented reality or have your developers learn it. So if the time-to-market and development budget are a concern, consider using a premade video editor SDK.

For example, Banuba AI Video Editor SDK already has most of these features (trimming, AR masks, voice effects, etc.) and can be integrated into your TikTok-like app in a few hours. By the estimate, using this SDK can save you at least 5600 man-hours.

It is also free to try for 14 days, so don’t hesitate to check it out.

How much does it cost to make an app like TikTok?

Let’s assume the blended rate (average hourly rate of all the specialists involved) is 50 USD/hr. We are being generous, as it could be more than USD 120/hr.

If you use a video editor SDK, the total development time would decrease by about 5600 man-hours. Depending on the number of SDK features you request, this could save you USD 100-200K that you could use for other purposes (e.g. promoting your app).

What’s more important, however, the overall development time will drastically decrease. Building the entire app from scratch would take at least six months while using an SDK will cut that by 2-3 months at least.

Developing an app like TikTok is a massive undertaking. Fortunately, with a few tricks (e.g using a premade SDK) it can be made easier and cheaper. If you want to try out ours, drop us a line.