Currently, Zoom is at the top of the group video call market with a 42.8% share. But while the users mostly like their experience with the app, they mention a number of problems including security issues, lack of certain features (ironically, this includes zooming in/out), and lackluster customer service. This means new companies have a chance of making a name and profit for themselves. In this article, we will show how using an AR SDK could set your product apart from the competition by improving the user experience. 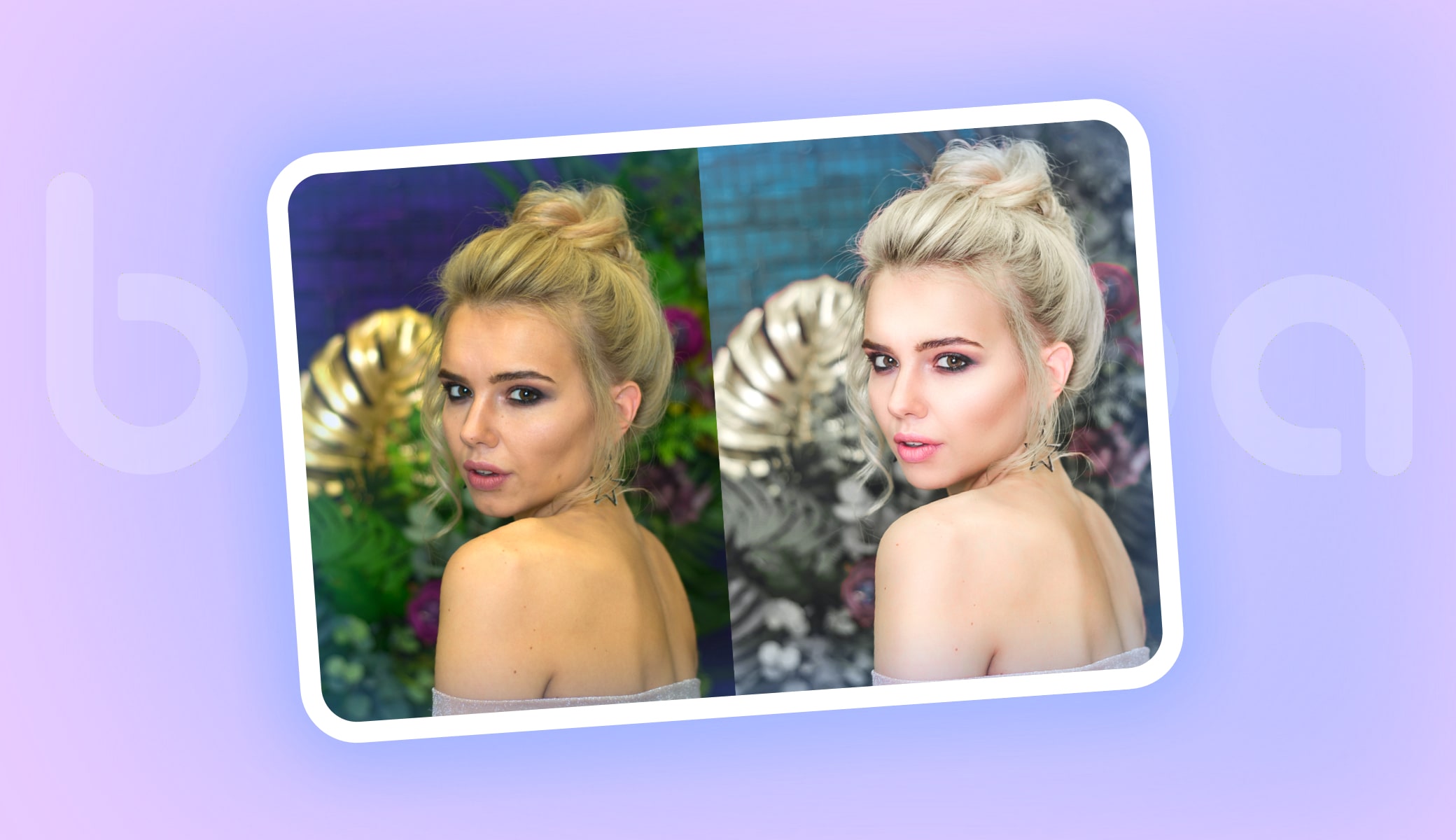 If you are still unsure whether you need to offer a background replacement feature, take a look at the following video.

Situations like this have a 50/50 chance to be fun or embarrassing. To mitigate the risk for your users, let them replace the background with something neutral. Or you can make it a tool for self-expression by adding wild and hilarious backdrops. Your augmented reality office app will only benefit from that.

There literally are articles describing make-up procedures specifically for video calls. Not only because looking at someone through the camera lenses is different than looking at them with a naked eye but also because people are often self-conscious about their appearance. 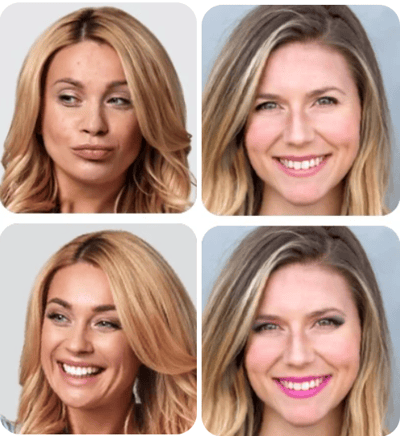 Beautification filters allow your users to change their looks in a couple of clicks. Anyone would look their best without any preparation, giving them more time to spend on their work or personal matters. And if you think that implementing something like that would take too much time and money, check out our Beauty AR SDK.

Given that the face filters are now officially appropriate in an augmented reality office, they can be applied to help people perform better.

There are many reasons as to why someone could be anxious about public speaking. They include inexperience, lack of preparation, or even mental disorder. The latter is better left to the medical professionals. The former two could be partially addressed with augmented reality. 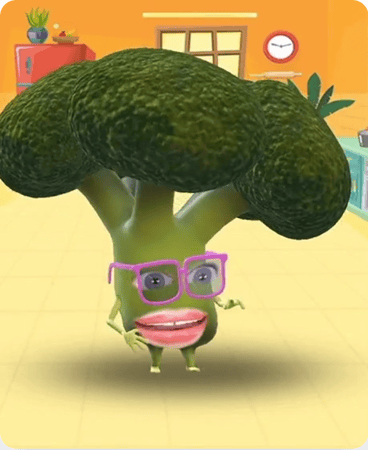 AR and VR have already proven to be useful tools in public speaking training. They are also very useful in reducing anxiety in presenters. Using animated avatars, for example, allows for enough suspension of disbelief to let the users convince themselves that they aren’t speaking to real people, thus making them more confident.

“Zoom fatigue” is an informal name for exhaustion from video conferencing. According to Dr. Dixon-Saxon, the vice provost for Walden University’s College of Social & Behavioral Sciences and a licensed professional counselor, having fun during online meetings is one of the ways to deal with it.

This is where the augmented reality filters come into play. 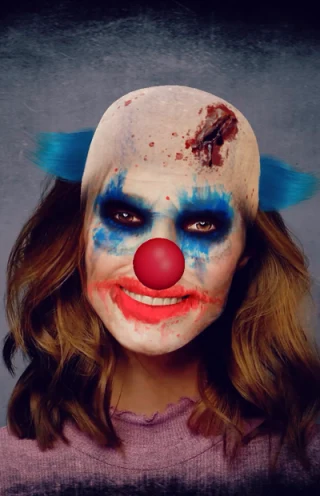 It could be distracting but that’s the point. Being focused all the time is one of the causes of “Zoom fatigue”. Get ahead of your competitors and give the users of your communication app some augmented reality options.

No matter how open-minded you and your recruitment team are, human nature still takes its toll. The “halo effect” (thinking that an attractive person is a better person), for example, is unavoidable. This might lead to mistakes like hiring a less-qualified candidate or overpaying someone who isn’t really worth it.

By using augmented reality and screening the prospective employees remotely, instead of in the office, you can eliminate this issue, as well as other conscious or unconscious biases (racial, gender, national, etc.). Moreover, with a good AR SDK in your videoconferencing tool, you will be able to preserve the subtle facial expressions and other nonverbal components of the communication. The interview will be blind - except in the areas where you need to see.

Why You Should Use an SDK

The logical question to ask would be “why would I even need some third-party augmented reality meetings SDK instead of doing everything in-house?” Don’t worry, our astute reader, we’re here to answer.

Writing a module for face tracking and background replacement is a monumental task. This is what it includes:

An experienced development team would be able to do it in 6-12 months. And this is the barebones version that could have fewer features and worse optimization than the competitors.

On the other hand, integrating Banuba Face AR SDK takes about an hour.

If you want to launch your augmented reality meetings app fast, using a premade software development kit is a far quicker option.

This goes hand-in-hand with the previous one. Developers with AR/VR knowledge are rare and can expect salaries of USD 175K and higher. Not to mention taxes and other related payments. Not every startup can afford a team of those for an entire year before the product is even released, let alone brings revenue.

You probably can afford an AR SDK, though. The pricing could depend on the feature set and/or the number of monthly active users. So while you are only starting out, you don’t need much investment. And once you grow, you will be able to afford more advanced functionality.

Once you have a module that can overlay AR masks on the users’ faces, you need some actual filters (masks, lenses - whatever you name them).

For that you can hire an in-house or freelance designer to make effects for your augmented reality communication app from scratch. This means finding the right candidates, persuading them to work for you, and managing them.

Or you can buy the filters directly from the catalog of the company that you got your SDK from.  Ours, for example, has 1000+ effects, so it is only a matter of selecting the ones that you want and adding them to a cart - the same as ordering something from Amazon. 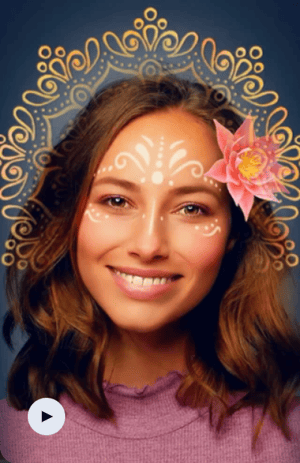 Finally, you can take a balanced approach and have your designers use an editor that comes with the SDK (if there is one). It allows your people to combine assets into a filter and test it before adding it to the app.

The existing SDKs already have a head start on you in terms of optimization, testing in the real world, and hunting down every possible issue.

Any problem you’ll face with your own system would be on you to solve. Any similar problem with a premade SDK would have already been faced by hundreds of other people. A solution would be one call away.

Augmented reality can make the users of your video conferencing app more confident, protect their privacy, and help them perceive each other without biases. And the most cost-effective way to add AR is by integrating an SDK, rather than writing this functionality from scratch.