The new version of Banuba Video Editor SDK features an API product format, which offers unparalleled flexibility for the developers. It also boasts a new kind of effect, configuration additions, and several quality-of-life improvements. Read the entire post for details.

API gives you opportunities to customize the SDK features according to your needs. This includes the UI, as well as the core modules. However, if you use the API, you will have to build certain things from the ground up. See the spreadsheet below for details. 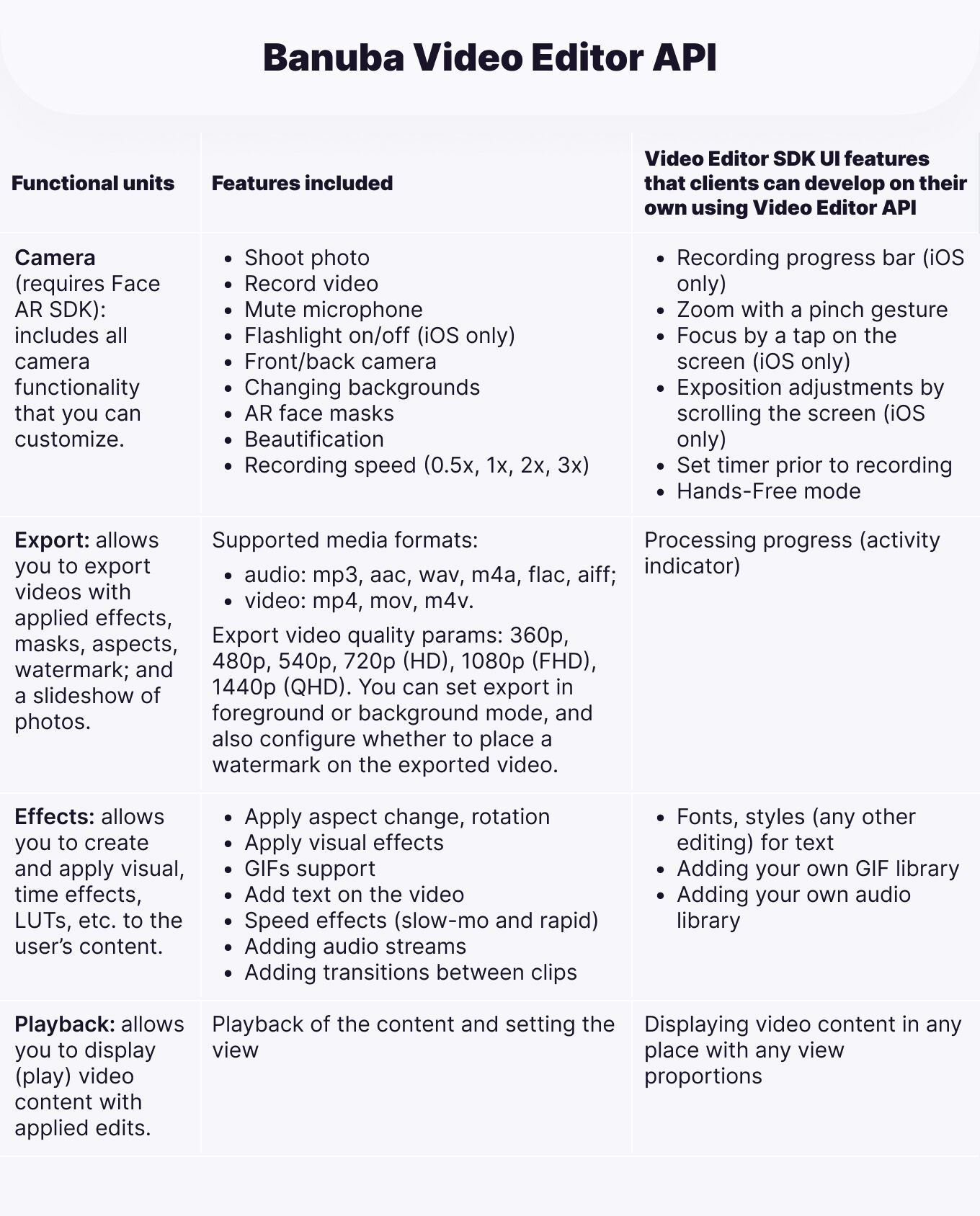 API gives you extra flexibility at the cost of functionality.

Now your users will be able to add cool effects that connect different parts of the video. Banuba Video Editor SDK has 10 of them by default. See the GIF for an example of how this works.

Adding Pictures and Videos Together

Since v1.23, you can enable importing videos and photos from the user’s gallery at the same time. As a result, they can be mixed in the editor immediately. This is convenient and fast, something your users will appreciate.

This is a neat little feature that improves the timer and hands-off experience. Now the users can hear the clock ticking until the picture is taken or a recording starts, besides seeing the countdown on the screen. It makes life easier for solo creators or people who want to be included in the group photo.

If you want to add or remove certain effects or switch the order of their appearance in the UI, you can do it with Banuba Video Editor SDK v1.23. Pick and choose as you see fit.

There are several new things you can now do with the configs: