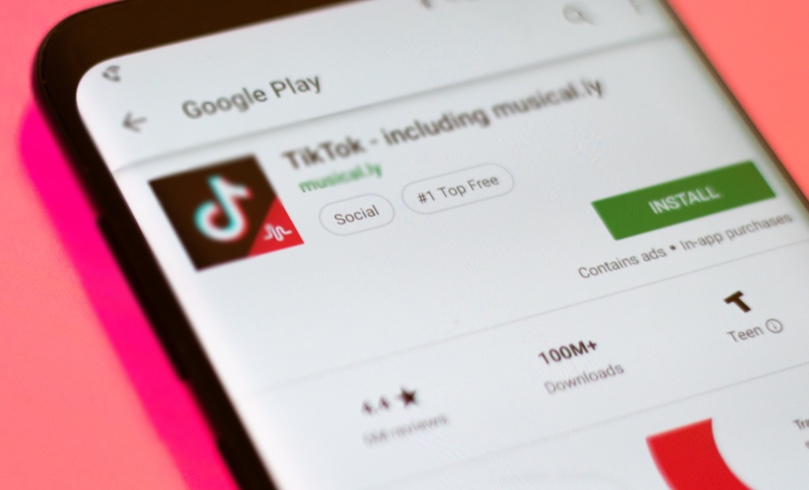 If you asked AI to develop the most immersive and engaging content for teens, it would come up with TikTok. Within 2 years the video social network has amassed over 500 million monthly users as of October 2018.

Learn everything you wanted to know about the most addictive video social network of 2019 that has all chances to surpass Instagram in popularity. This post will guide you into understanding how camera face filters help TikTok to grow the most active user base and gain virality.

2016. Douyin, an application with short user-generated videos, was rolled out on the Chinese market taking the teen's culture by storm. The video editing features included a variety of animations, stickers, music add-ons and themes. In less than 2 years, its user base already accounted for 150 million Chinese users.

In parallel, the European and US markets started to see the invasion of another entertainment app Musical.ly, also introduced by the Chinese founders.

The short lip-sync videos to popular songs taken with Musical.ly went viral. Initially, the app didn’t seem promising but came out a huge success taking the top positions in Google Play Market and the App Store for free apps in 20 countries including the United States.

2018. TikTok's huge investments into marketing along with its unique features and teens' first positioning made it the most downloaded iPhone app in the world surpassing Snapchat in active daily users. 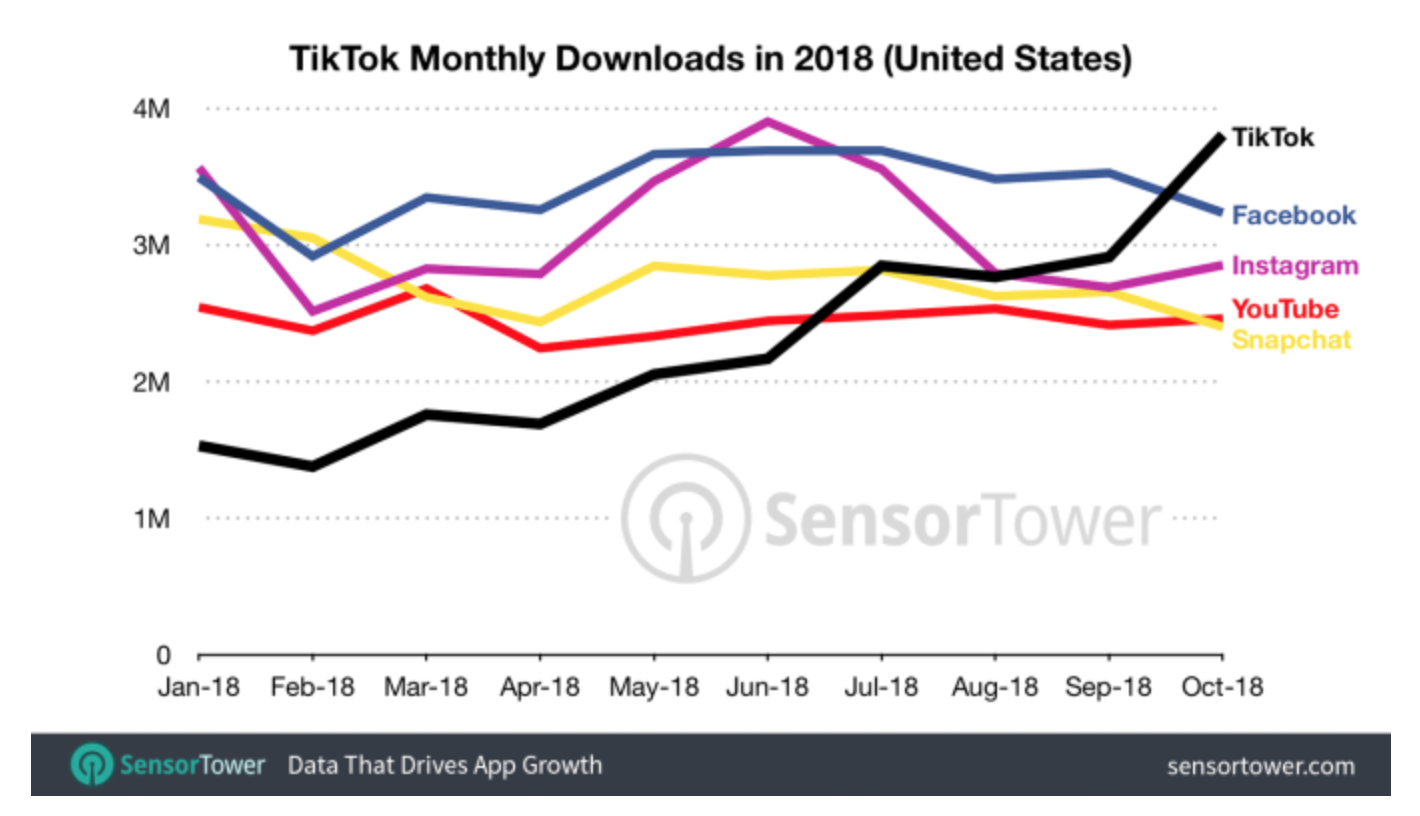 2019. Today, the application still has two versions: global TikTok and Chinese Douyin (1.2 billion and 250 million users, respectively). The main difference between the two is that Douyin servers are located in China, and the application content is moderated according to the rules of state censorship. Both services are owned by China's ByteDance, the world's largest private technology company that owns the Toutiao news aggregator and various applications and is valued at $ 75 billion.

TikTok’s phenomenon and how it’s different 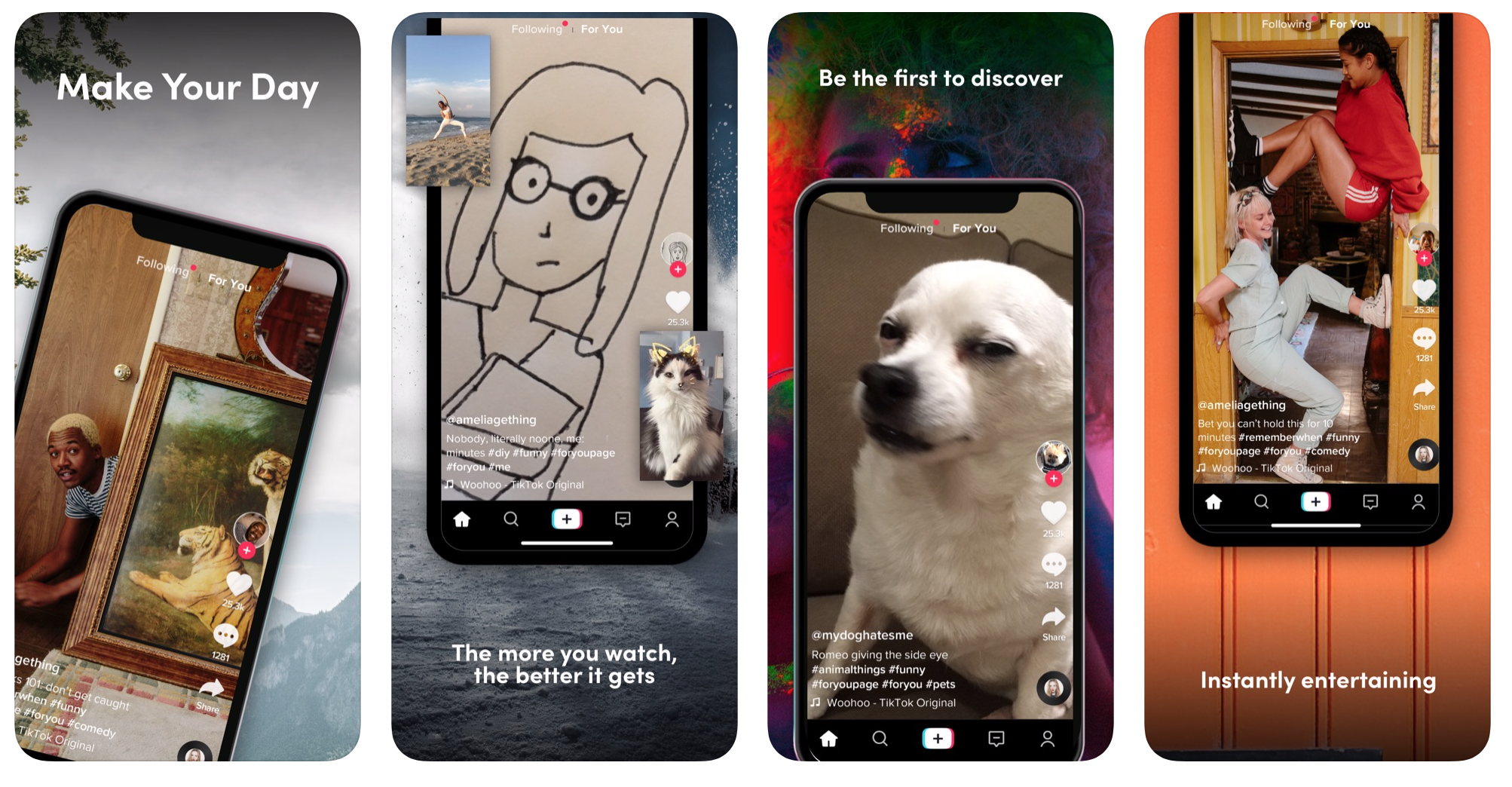 A recipe of the pie. A 13-year old kid dancing awkward movements (190.1K likes). A young couple role-playing a fighting scene while dancing. A fat cat dragging butt on the carpet (171.5K likes). This is TikTok’s regular content feed — dynamic user generated short videos up to 15 seconds with music and visual effects.

On the surface, this idea is not new. The video-based social networks have been introduced with Snapchat, Vine, or Dubsmash. But it's the smart content recommendation algorithm, advanced video editor and camera face filters that allow TikTok to offer far more opportunities for creators and gain a huge appeal among millennials.

Similar to Snapchat or Instagram, Tiktok has a library of camera face filters and photo themes to animate your content. However, this functionality serves as part of the video editor rather than a selfie camera to snap a photo.

This way, you instantly become involved in the engaging creative process rather than mindless selfie-taking. You try on masks for ‘purpose’ — you’re a creator. And while in other social networks too excessive selfie posting is seen narcissism, TikTok turns user videos into the new expressive language.

Besides, TikTok doesn’t push you into account creation at the start similar to other social networks. You can look around and be a passive viewer as well as have fun with camera face filters without logging in.

Seeing each other people’s creatives takes a central part of the app. The ‘Recommended’ video feed accounts for 80% of views with videos launching on auto-play, so you can’t even get away from the first seconds.

Users can also search for videos using the most popular hashtags or join another social networking trend in the ‘Challenges’ section. All must-have socializing add-ons are in place including the like, comment, re-share, follow buttons and hashtags, so Instagrammers feel at home.

Now, imagine yourself a teen, opening the app for the first time and seeing other teens like you gaining hundreds of likes, comments and followers for lipsync clips. “Wait, I can do that too,” you may think, and you'll be right. The full-fledged video editor with a huge number of effects, masks, and filters will make this process for you fast, easy and enjoyable.

TikTok features a huge and regularly updated collection of effects divided into several categories i.e. Trending, New, Filters, For cats, For dogs. Anyone can find filters up to their liking — from funny face morphing, beauty effects, live emojis, to sophisticated color correction effects like neon or retro lighting.

The idea of “masks for utility” has made a huge impact on user involvement and allowed TikTok to grow its audience organically. The implications are as follows:

The 21-year-old American Michael Pelchat uploaded a short video to his account where he instantly transforms into a cowboy while dancing under "Old Town Road" track. Over 3 million people supported the challenge, and Old Town Road broke the Billboard Hot 100 record, holding the first line of the charts for 17 weeks.

According to Michael, he started using TikTok because of its simplicity and convenience of video editing. Camera face filters serve the same purpose. Users don’t need to install any other software or learn the graphics design to create animated video clips — you can do all of that right in-app.

There have been many videos unveiling the real look of TikTok vloggers without filters, but the truth is simple. The beauty is a top priority for the majority of users, therefore, the demand for the beautification and AR makeup filters is unlikely to wear off shortly.

Beautification capabilities vary from pre-set makeup looks to skin retouching and morphing filters. It's up to user's choice whether to add cute animation or hide the face behind beautification.

Hight quality content easily accessible — anyone can be a creator

Augmented reality adds colors, virtual objects, and animation so videos come out more interesting. It doesn’t matter how powerful your device camera is — one tap turns your boring apartment into a party scenery that busts a move.

A 17-year old girl used a filter splitting the screen into nine parts for #mrsadman challenge where her cat appears and disappears gradually.

Within a day, the video gained millions of views and went viral on other social networks. Such media as the TIME, The HuffPost and Buzzfeed featured the girl and her cat’s story.

Filters as an idea and inspiration for user videos

Many of the filters are a video scenario itself. In case you have no idea where to start — you can just check the filter library, tap on a record button and let the augmented reality do the magic for you.

The filter switches the colors along with the city names while the girl shares her inspiration in different outfits. The old-man filter adds wrinkles and turns your hair grey while counting the years. These are just a couple of camera face filter examples that TikTok users adore having fun with.

The modern capabilities of camera face filters have advanced so far that you can now call a variety of AR events with a tap or facial expressions. Such interactivity increases user engagement and inspires for more varied filter scenarios.

Teens are early adopters, trendsetters, and represent potential long-term customers. The social media platforms with young, engaged user bases are of high interest and value for the business — the younger demographic is highly attractive to advertisers.

TikTok is an excellent example of how Face AR filters can engage millennials and boost the percentage of user-generated content. But most importantly, it shows how young people are keen on self expression and being creative.

Tags
#Augmented reality #Mobile
Share
Next up for you
How Face AR SDK Evolved Within 2019: Key Features & Milestones

The first days of 2020 are so exciting for all the stuff we have planned over this year. It's time we looked back and summarized h...